Application Security in a cloud environment such as Amazon EC2

In addition to the inbuilt security of any IAAS architecture such as Amazon EC2, the application itself should enforce security between its webservers, application servers and database servers. This is achieved by the use of Security Groups and grouping the servers in their own security groups. This is explained in the diagram below. 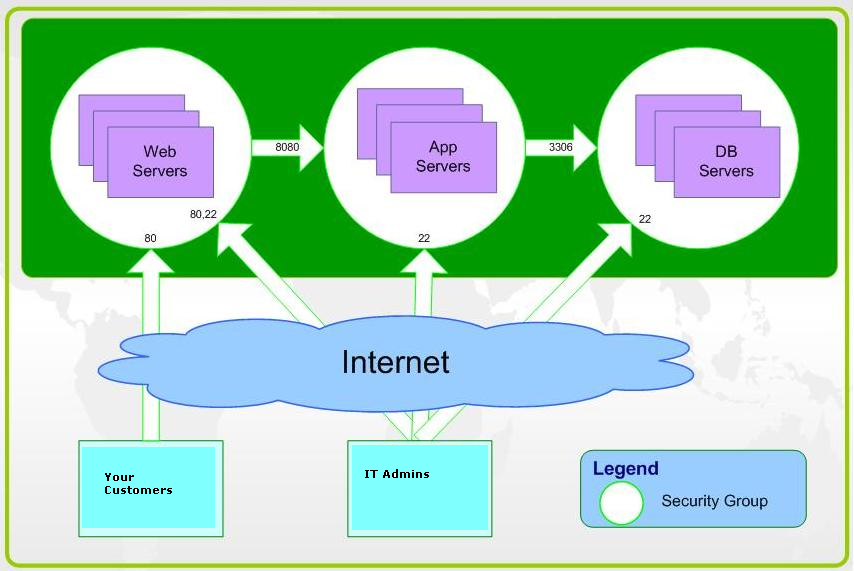 The three tier architecture is replicated in Amazon EC2 by the use of Security Groups . Three different security groups should be created in the Amazon EC2.

In this group the websites together with any UI servers will be hosted. Any other server that is open to the public should be added to this group. This group is equivalent to the DMZ zone in a traditional network architecture. Port 80 will be opened in this group.

The Appserverâ€™s group will consists of all the Appservers in your application such as SSO server, Monitoring Server, etc. This group is protected with specific ports and only accessible from the webserver group of instances.

This group hosts the hot and standby Database Servers and only the port 3306 or 1433 based on which database you use, is open to be accessed from the Appserver group.

The IT Admin staff will be able to remotely manage the servers via SSH or RDP based on your platform.

How to get the API key for CloudStack

HA and DR in a cloud environment such as Amazon EC2

Backup and recovery in a cloud environment such as Amazon EC2

Application Security in a cloud environment such as Amazon EC2