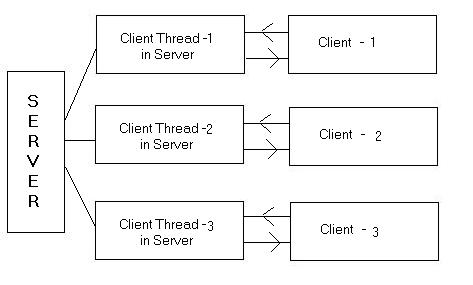 First you have to create both the Server and client programs then initiate the server first and then the clients(more than one in number), a separate Connection ID number is created by the server for each client program it gets associated with.

Passing a Variable Number of Arguments to Procedures in VB.net

Specifying Optional Arguments with default values in Procedures in VB.net

Preserving a Variable's Values between Procedure Calls in VB.net

Using Resume Next and Resume Line in VB.net

Using On Error GoTo 0 in VB.net

Getting an Exception's Number and Description in VB.net

Raising an Exception Intentionally in VB.net